Broken: a Tragic Romance Game fully funded the complete e-book edition and our stretch goal for a set of six Scenarios using itchfunding! Check out the game and details of our campaign below, and grab your copy of Broken!

Broken is a tabletop roleplaying game of tragic romance for two players about broken objects and broken hearts. Create two characters in a relationship and over the course of ten scenes, you will explore the ways in which the things you loved about each other crack until everything about your relationship is broken--including the ten real-life, physical objects you will break over the game's ten scenes.

In Broken, the relationship will always end.  Although the tragic conclusion is inevitable, there is endless potential for healing and self-discovery along the way.

Broken is an emotionally deep game that explores themes of memory, identity, and loss.  Broken is also full of empathy-building, hope, and healing. Broken is a game that recreates the raw, visceral experience of going through a break-up along with the catharsis of smashing objects, all while telling a beautiful story along the way.

In Broken, two players look back at a relationship over ten scenes. The game play begins even before you sit at the table as you collect ten physical objects that will serve as scene prompts. You and your game partner will physically break each of the ten objects over the course of the scenes.

The ritual play of Broken revolves around memory. Each scene is prompted by the refrain:
Player 1: "Remember when......."
Player 2: "But you forgot about......"

While the scene begins with this memory ritual, it ends with the breaking of one of the physical objects, and the burning of a trait that one character is attracted to about the other. These ritual actions both guide you through the ten role-played scenes, as well as providing tangible, emotional mechanics for exploring the dynamics of a break-up.

Enjoy the official Broken playlist curated by Samantha Leigh while you read about the campaign.

We are using an itchfunding model to crowdfund a full e-book release of Broken: a Tragic Romance Game. The goals of this campaign are to fund the design, editing, safety, and layout of the core game, connect with potential players like you, expand awareness and audience for Broken, and, if successful, use stretch goals to expand the team further to include additional game designers writing unique Scenarios to make the game even more fun and complete.

Itchfunding is an alternative crowdsourcing platform to alternatives such as Kickstarter. When you back the game, you will immediately receive the ashcan edition of the game in e-book pdf format, a fully playable version you can play right away. Additionally you will receive everything unlocked through this itchfunding campaign.

Risks: This is a crowdfunding campaign and you will only receive the final edition of the game or any stretch goals if they are successfully funded during this campaign.

"Stories about romance ought to be visceral, tangible, embodied - especially when they are also about the finality of loss. Also, breaking stuff feels good."
- Alex Roberts Star Crossed, For the Queen

"Broken" is a game of genuine tragedy and healing. The physical acts of breaking and burning cut to the core of the issue: that this relationship is doomed, never to be saved. But in this, there is catharsis and introspection. Play, then listen to all of Get Lonely by The Mountain Goats if you really feel like crying."
-Tracy Barnett, You are the Dungeon, Iron Edda Reforged

"This game focuses on the grief of the loss of a relationship, but in its purest form there is a belief that healing is possible. It gives players a chance to explore the devastating effects of a lost love in a way that can offer not just catharsis, but closure. [...] While this game has the potential to be emotionally overwhelming, you can clearly see that it was designed with compassion, hope, and tenderness at its heart. For anyone who feels uncertain about whether there is hope or healing after a devastating end to a relationship, Broken offers the chance to explore that grief and to begin the journey to finding yourself outside of that grief."
- Amelia Antrim, co-host Character Creation Cast, ENnie award judge 2021-2022

"Broken is a brilliant and heart wrenching game that has some innovative mechanics that will really reinforce the feelings that the game is trying to portray. The character creation is pretty straightforward, but has a beautiful complexity to it behind the curtain that really drives the narratives. By defining what you love about the other character, knowing those feelings will become disillusioned throughout the gameplay, and knowing that you physically destroy these traits along with the objects that define the scenes? It's just so good!"
- Ryan Boelter, co-host of Character Creation Cast

“Broken is a beautiful gut punch of a game about the stories we tell ourselves in intimate relationships and the moments when they fall apart. As you swap barbs, wax nostalgic, and destroy the symbols of a shared past, you craft an experience with another player that is easy to fall in love with and impossible to forget.”
-Gabrielle Rabinowitz, Ma Nishtana: Why Is This Night Different

"Broken is a game about looking back on the good and bad of an ultimately doomed relationship. It uses tactile elements (physical objects that are intentionally broken during play) as a metaphor for the moments in a relationship when something changes irreparably, and can never be put back the same way again. The tragedy of it all is balanced out by a loving voice message two people leave for each other during the game—but you can't listen to that message until after the relationship is over. It's sad, beautiful, and truly bittersweet."
- Hannah Shaffer, Questlandia, Damn the Man Save the Music

All Ports Open Network and APON Games were founded by J.W.G. Wise and Ben Wallis

At $1700 we will unlock our stretch goal: Scenarios. Scenarios are pre-designed couples and situations for you to sit down and play a game of Broken written by a diverse team of game designers! We are thrilled to enhance the design of Broken by bringing in other designers and adding an easy to pick up and play set of Scenarios to the book. Each Scenario will include a couple, their "meet cute," traits, and ten items to break. Check out the list of Scenario designers expanding our writing team: 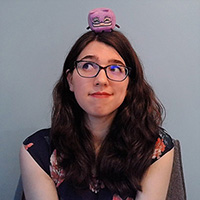 Emily is an actress, writer, and podcaster. She is the co-host of Whelmed: The Young Justice Files, a deep dive podcast focused on discussing and analyzing the DC Comics animated series Young Justice. And in the world of TTRPGs, she’s been a guest player on multiple actual play podcasts including Protean City Comics, Kill Every Monster, and Party of One. She loves a good romance subplot in genre media and she can be found on Twitter at @emilyofarden or on her website. 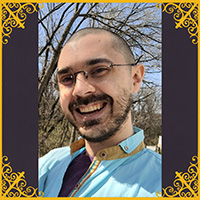 Z. W. Garth is a writer, podcaster, and game designer based in Eastern Pennsylvania. He is the co-host and usual-GM of the Heart Points podcast, a duet Actual Play podcast featuring indie games of all sorts and genres. Zack has also co-hosted the RPG analysis podcast Farrier's Bellows and the Final Fantasy playalong podcast Chasing Chocobos. 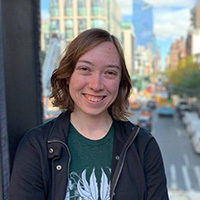 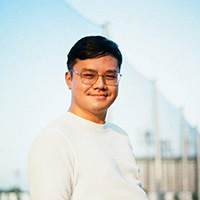 Samuel Mui Shen Ern is a game designer, writer, editor, musician, and visual artist from Malaysia. Their works explore real-world topics like death, relationships, and emotional brokenness with an unwaveringly brutal honesty and a sense of fun(?)! When she’s not working on hir next big thing, he’s probably zoning out to k-pop, experimenting in the kitchen, or reading autobiographical comics. 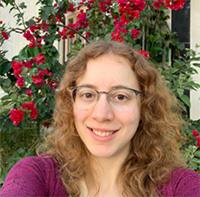 Gabrielle Rabinowitz - Ma Nishtana: Why Is This Night Different? and more

Gabrielle Rabinowitz is an educator and game designer based in Brooklyn, NY. She co-wrote the Passover storytelling game Ma Nishtana: Why is this Night Different? and her game The Victor's Tale was published in the 2022 Level 1 Indie RPG Anthology by 9th Level Games. Gabrielle creates narrative roleplaying games with simple mechanics and a powerful emotional core. You can follow her on Twitter at @GabrielleRab and on itch at gabriellerab.itch.io. 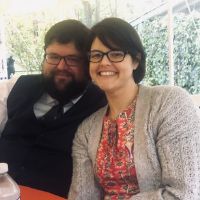 Melissa Wallis is co-host of Pod of Love, a romance and relationship actual play podcast founded in 2017 on the All Ports Open Network. She is an educator, school principal, and proud mother of three children.

Party of One Podcast playing Broken.

Ben's interviewed by Jess on the Not DnD podcast from EN Publishing!

Jason Cordova of the Gauntlet interviews Ben about Broken.

Listen to the Tragic Miniseries of Broken actual plays on Pod of Love.

Listen to a special episode of the Character Creation Cast on the One Shot Network.

Read this interview with Ben the designer on The Gauntlet Blog.

Listen to Ben Wallis on the podcast Wine, Dine, 69 talking about divorce and healing through play.

Broken: a Tragic Romance Game is the newest release by APON Games. Check out all of our great games and learn more at our website. Support us and get our games on patreon, including our patreon-exclusive, cyberpunk campaign setting New Kurai City!

In order to download this game you must purchase it at or above the minimum price of $20 USD. You will get access to the following files:

Support this game at or above a special price point to receive something exclusive.

Pocketing: Play with the Author

**We reserve the right to end a game without refund if the player uses abusive, slanderous, or hostile language or displays hostile or unsafe behavior.

Earnest without being overbearing, and simple without being flimsy, Broken is a tragic LARP that embraces the physical struggle of emotional turmoil .

This review was SO GREAT! Thank you for making and sharing it!!

Glad you liked it, good luck with crowdfunding! 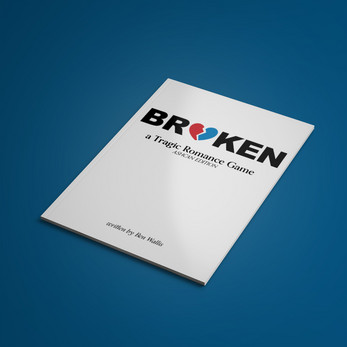 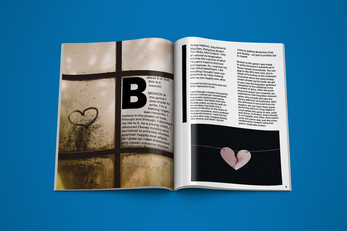 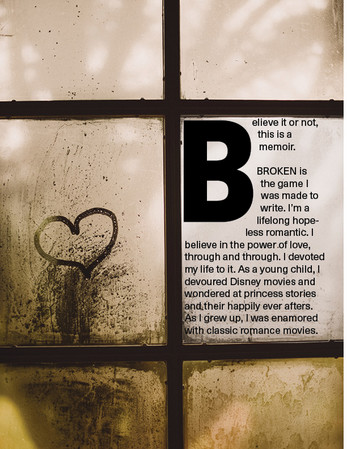 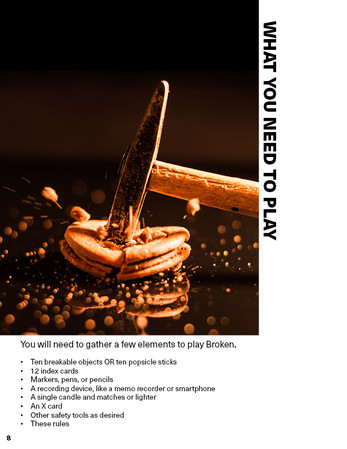 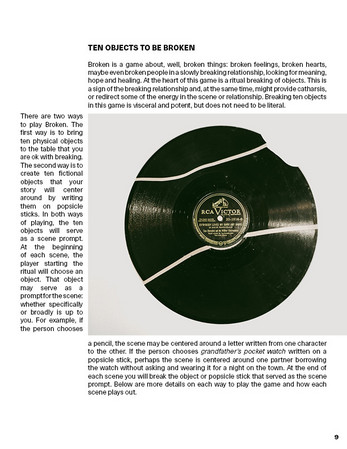